for handling abrasive or corrosive slurry in metallurgical ,mining,coal ,power,building material and other     industrial departments etc.

The liner and impeller of AH model can be changeable and material can be either anti-abrasive metal      or  rubber .But material of liner and impeller of HH model only can be metal version.Rubber material ,         wet parts are mainly used for transport the slurry which contains fine ,non-sharp particle size.The shaft seals for type AH(R),M(R) and HH pumps can be adoptable of gland seal ,expeller seal and mechanical    seal . 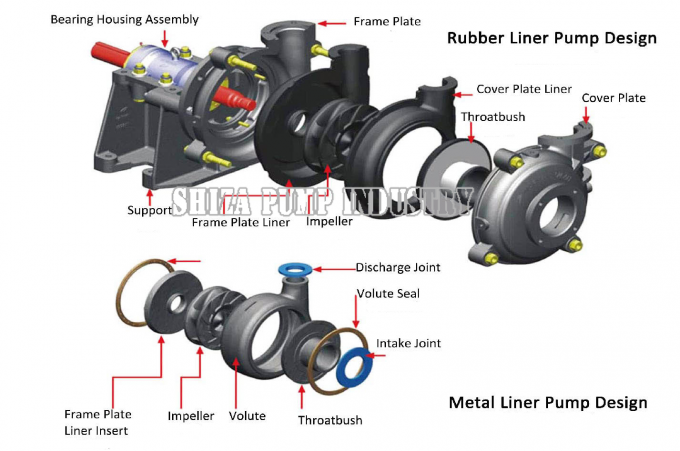